A Brief History of Roma

The wheel – the Roma journey – was set in motion close to one thousand years ago, a migration that started in northern India, became strongly identified with the Balkans and Eastern Europe, and spread further to the new worlds – the Americas and Australia. The journey is remarkable for the fortitude and resilience of the Roma generations on this journey, who have held onto common identity, language and customs. 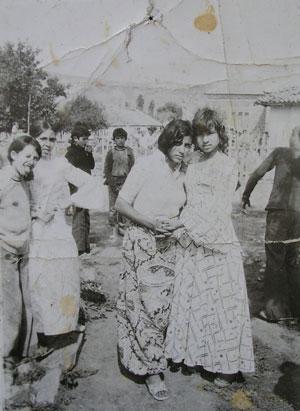 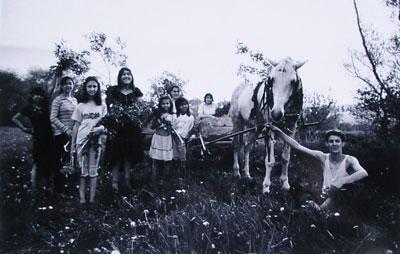 Linguistic and genetic studies point to the area of modern Punjab and Rajasthan as the likely starting point for the Roma journey. Cultural similarities with the nomadic peoples in the Thar Desert in present-day Rajasthan lend further support. Historical records, sadly, do not provide more certainty. Were the ancestors warriors, defeated in battle by the Moguls and carried to the west, or simple nomads who sought a better life across forbidding mountains? That is unknown.

The European record is a little clearer. In the 1300s, these nomadic dark-skinned people are first found in European records. Roma appear in documents from Croatia in 1362, and Bulgaria in 1378. The first record in Kosovo dates from 1491, recording blacksmiths in Prizren. Until recent decades there were still 65 blacksmith shops in Prizren’s Terzi Mahalla. In a 1520 census, there were 164 Roma families in Prishtina and 145 in Novo Brdo.

When Roma first arrived in Europe, many thought they were from Egypt, apparently the origin of the name ‘Gypsy’. Their exotic appearance and fortune telling made them interesting to Europeans. Over time their position across Europe deteriorated.

The Ottomans taxed them heavily and banned nomadism. In Serbia their blacksmithing was banned as it competed with Slav blacksmiths. Nevertheless, regions of the former Yugoslavia became a refuge for Roma fleeing slavery in Moldavia and Wallachia (current Romania), and ethnic cleansing, mass hangings and other persecutions in other areas of Europe. The Roma migrations took other routes as well, through North Africa to Spain in the 15th century, with the two routes meeting in France.

Roma migrations to the United States started in the 1700s and particularly large numbers of Vlach Roma left Romania for the United States after 1856 when Roma slavery in Romania was abolished. Roma call the darkest period in their history, the Porraimos, which means ‘Devouring’.

This was the organized campaign of Nazi Germany to exterminate the Roma of Europe. Roma suffering in the Holocaust is not as well known as the destruction of the Jewish people in Europe during the Second World War but just as real. The extermination began as early as 1933 in concentration camps in Germany. Numbers murdered are unknown, with estimates ranging from 220,000 to 1,500,000

In the post-war (post-1945) era there has been continued discrimination across Europe as well as new initiatives to support Roma inclusion, such as the Decade of Roma Inclusion, an agreement of European states to improve Roma education, employment, civil registration, human rights, and social programs throughout the European Union. The EU, Council of Europe, the Open Society Institute, World Bank, and national governments have taken the lead in the Decade. Roma population numbers are as uncertain today as the path of their historic journey. Estimates of around 10 million Roma in Europe, and 15 to 30 million world-wide are used. Both discrimination by authorities, and Roma distrust and fear of authorities leave us questionable numbers. One goal of the Decade and many important initiatives by the Council of Europe, the Soros foundations, and others is to counter one-dimensional stereotypes of “Gypsies” in the media, presenting a richer and more complete picture of the Roma, in their families, work, art, and the diverse countries where the rolling of their wheel has taken them.

The Rolling Film Festival is a contribution to this goal.